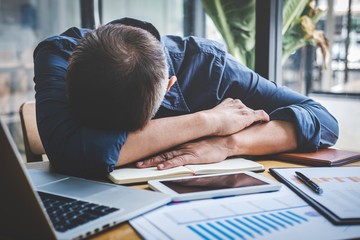 If you’re repeatedly tired, you may blame your diet, your busy schedule, or illness, but it might actually due to sleep apnea. Sleeping regular hours every night but not feeling rested, you may be another sign of sleep apnea. Sleep apnea is a common disorder in which you have one or more halts in breathing or shallow breaths while you sleep,

Sleep apnea can cause an urgent need to urinate, and it can often even lead to accidents in the night.  To open the airway to begin breathing, patients experiencing sleep apnea will use a great deal of abdominal muscle and diaphragm effort.

Due to the low levels of oxygen that happen during sleep apnea, patients can complain about headaches when they wake up. The amount of muscle force used to open the airway can put a strain on the neck, muscles causing headaches. It also doesn’t help that you’re not getting a completely restful sleep, which could lead to feelings of tiredness and head pains.

You might find that you have a difficult time staying awake during the day and fall asleep at an inopportune time. Daytime sleepiness is one of the most common complaints of people eventually diagnosed with sleep apnea. Restless nights lead to fatigue and tiredness all day, and if you repeatedly feel this way, it could be time to be tested for sleep apnea.

Snoring and gasping for air are common symptoms of sleep apnea. Although some say that snoring is a sign of ‘deep sleep,’ it is not usual to snore and experience pauses in breathing or in choking or gasping for air at night. These signs point to a high likelihood of obstructive sleep apnea.