Obstructive sleep apnea is a sleep-related breathing disorder that happens when your airway becomes obstructed during sleep – often because of collapsed throat muscles or your tongue flipping back onto the airway and obstructing airflow.

Every time this happens, your brain subconsciously awakens you to open the airway so you can take a breath, which is an indication for your respiratory system to kick back into gear. You often do not remember awakening in the morning, but the cycle repeats through the night and prevents your mind and body from getting the rest required to function.

Do Women Get Sleep Apnea?

Most individuals imagine typical sleep apnea sufferers as middle-aged men with a heavy build and a roaring snore. Sleep apnea causes include age, gender, weight, and neck circumference. However, these parameters do not fully capture the entire population of impacted persons.

Earlier researches have shown a lopsided ratio of men to women diagnosed with obstructive sleep apnea (about 8 or 9 ratios of men to women). Nevertheless, we know from studies in the general population that the actual ratio is probably closer to 2 or 3 men for every woman with sleep apnea.

If women are half as likely to have sleep apnea as men but are diagnosed and treated for only an eighth of the time, it shows that women are greatly underdiagnosed. Why?

The hallmark signs of snoring witnessed apneas, weight, and falling asleep during the day might be less common in women with mild sleep apnea as compared to men with the same level of the condition, further making sleep apnea in thin women less obvious. While women do experience daytime sleepiness, it is likely that they have a different threshold for feeling sleepy or altogether complain differently about being sleepy than men.

Women may often be misdiagnosed with conditions other than sleep apnea, like:

Is Sleep Apnea Risky for Women? 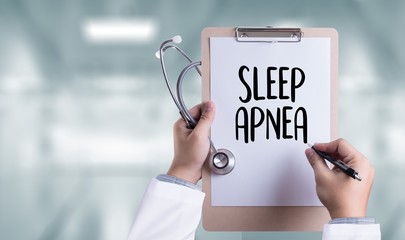 As with men, women with untreated sleep apnea can be at a higher risk of developing chronic conditions like high blood pressure, stroke, type 2 diabetes, metabolic syndrome, and depression.

Growing evidence indicates that even mild sleep apnea should be treated, as it is connected to daytime impairment, difficulty concentrating and completing tasks, poor psychomotor performance, and a general reduced quality of life.

CPAP Is the Gold Standard Treatment for Women with Sleep

Call us if you think you have sleep apnea. We will help you plan the treatment so you can get the sleep you need.